There’s a manga I like called Fruits Basket. It’s a cute and compelling story and a true examination of human emotions, friendship, and family. I can wax endlessly on all the things I love about Tohru Honda, the protagonist, and the diverse cast of characters that surround her, but there’s a greater point that I want to write about.

I’ve reflected on the past and described time as a sea. We’re drifting ever forward with our destination often times unclear. It’s easy to panic and start drowning if there’s no clear land ahead.

It’s easy to get overwhelmed by everything around you. In many ways, the future and the present go hand in hand. When you’re worrying about the future, when you feel time is against you, and you’re caught up with uneasiness and indecision, you forget that you know how to swim.

When I get caught up in this flux, in this river of anxiety, I think about Tohru Honda.

Sure, she’s a wide-eyed, excessively kind, paper and ink character. She’s not real. She didn’t really have to contend with an ancient family curse, and successfully graduate high school at the same time, but the lessons and advice which Tohru both gives and learns are impactful and insightful.

Feeling burdened and at a loss, Tohru is given some advice by a character called Shigure Sohma. Shigure tells her to imagine that she’s surrounded by piles and piles of laundry, almost reaching the ceiling. Faced with such a daunting task, panic would be a natural instinct. You can feel like you’re drowning, like you’re stuck in the present.

Shigure tells her to start with the laundry at her feet. It may take a while, but just by dealing with what’s immediate, you gain control. Eventually, you won’t have to contend with so much laundry. You’ll reach where you need to be, where you want to be. You don’t have to crumble and fall into inertia.

There’s no use in just envisioning the land. You have to keep on swimming so you can make that land an actuality. Don’t let yourself be swallowed up by impatience. If it gets you, there’s nothing but darkness below, an overwhelming feeling of going nowhere and being nothing.

With a bit of time, ingenuity, effort, and maybe even luck, a whole island awaits you. 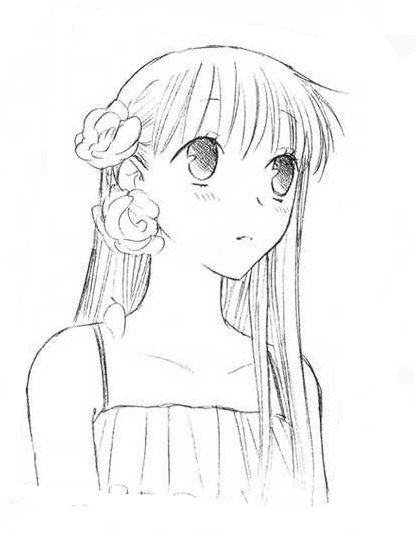 *If you want to read Fruits Basket, and I really recommend it, it’s been translated and reissued by Yen Press. Check it out! 🙂