5 Anime for the Uninitiated

I have been watching Japanese anime since I was a baby. I didn’t know what it was at first. I just knew that I loved it. It enraptured me, and inspired me to learn about a land, culture, and language far different from my own. Anime continues to thrill and inspire me, and I know it does the same for many people all over the world. It has created its own subculture, and enjoys great popularity and success. From a mainstream perspective, anime may not seem that attractive. Growing up, my love for anime would sometimes get me labelled as weird or childish. And yes, some anime can be a little on the strange side at times, but that just goes to show how diverse anime can truly be. There’s an anime for everyone. So, as an introduction to the global phenomenon of anime, let’s have a look at five anime that even the most stringently ‘adult’ and ‘normal’ individuals of the world should be able to fall in love with. 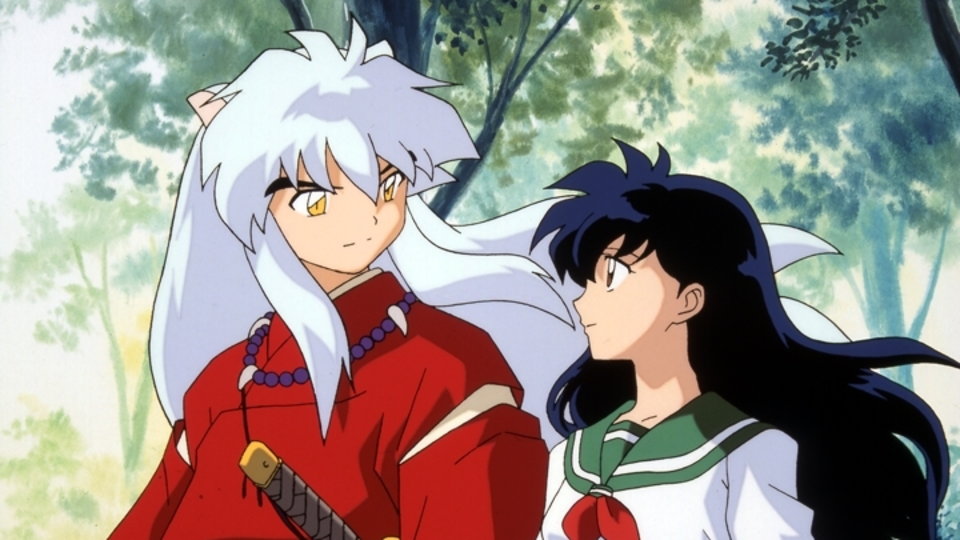 InuYasha follows the adventures of a teenage girl, Kagome Higurashi, as she finds herself dropped into feudal era Japan after falling down an old well at her family’s shrine. She awakens the quick-tempered half-demon InuYasha, and together they set off on a journey to recover all the shards of the Shikon no Tama (Jewel of Four Souls). Kagome thought she was just an ordinary girl, but surprise! She’s the reincarnation of the priestess, Kikyo. Another surprise! Demons run rampant in this version of Sengoku era Japan, some of them more troublesome than others. Eventually, Kagome and InuYasha form a team consisting of a young fox demon, a lecherous monk, and a demon hunter, as they combine their efforts towards defeating the evil demon conglomerate, Naraku. Self-declared ‘mad-scientist’ Okabe Rintaro and his ‘lab assistants’ (friends) inadvertently create a form of time travel which consists of a microwave which can transmit messages to the past. As they experiment with their device and explore the complexities and consequences which inevitably come with time travel, they attract the attention of the sinister research organisation, SERN (based on the real-life, and certainly, we can hope, less malicious CERN). Steins; Gate becomes a real emotional journey, as Okabe tries to make the best decisions he can to save the friends he loves, and the future of the world they live in.

Kenshin Himura has left behind his violent past as an assassin for the tranquility of life as a wanderer. A swordsman in an era where swords are no longer permitted to be carried by the ordinary man, he searches for his place in the new Japan he has helped to create. Kenshin, without any intention of doing so, settles down at a dojo in Tokyo after becoming entangled in the strife of its young master, Kaoru Kamiya. He seeks to atone for his sinful past by never taking another life again, symbolised by his sakabatou (reverse edged sword).  Yet, it seems a man can never truly escape his past, as Kenshin continues to be haunted by spectres of the bygone era, those unable to come to terms with a world which has no use for them, forcing him to continually draw his sword to defend the lives of innocents.

Risa Koizumi is the tallest girl in her year. Atsushi Otani is the shortest boy. To their chagrin they’re always forced together as a reluctant comedy duo and as the class representatives. Both self-conscious about their height, they agree to help each other get together with their crushes. When this plan fails, they begin to despair that they will ever be able to fall in love and have it reciprocated. Things become even more complicated when Koizumi realises she has fallen in love with Otani. Koizumi struggles with her feelings not only due to the height difference, but because no one seems to take her seriously as one half of the class comedy duo, Otani included. Lovely Complex is pure, heart warming fun from the start to the end.

Kotetsu Kaburagi is an ageing professional super hero known as Wild Tiger. Down in popularity and luck, he’s partnered up with new comer Barnaby Brooks Jr. (the titular, not by his choice, Bunny). Along with other high ranked superheroes, they work together to keep the city of Stern Bild safe, all while their endeavours are filmed as part of a reality show known as ‘Hero TV’.  Kotetsu and the other super heroes are categorised as NEXT, people with extraordinary super human abilities. Tiger and Bunny definitely drew inspiration from Western super hero stories like Batman and Spiderman, but it has its own unique approach which results in an entertaining and compelling series which leaves you wanting more.

One response to “5 Anime for the Uninitiated”